The chamber choir consisted mostly of the graduating class of the N.A. Rimsky-Korsakov Musical School for Adults. Currently, the choir is a diverse group of around 25 singers, students as well as young professionals in different fields. 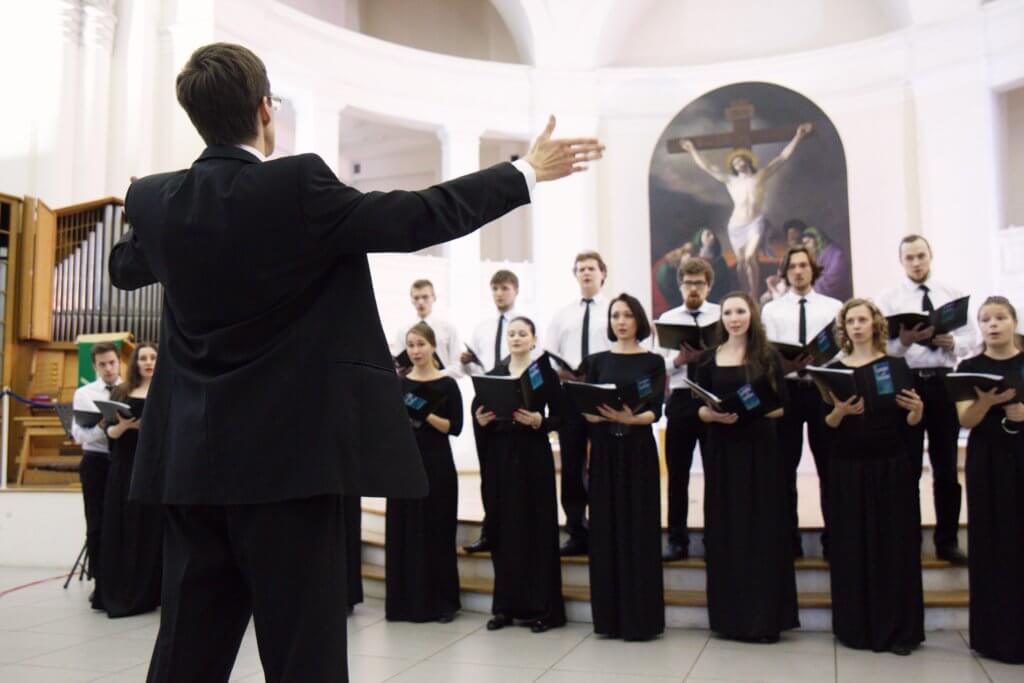 The choir’s performance schedule is extensive, including participation in a number of choir festivals - “Singing World” (2014, 2015, 2019), “Nevsky Choral Assemblies” (2015, 2016, 2019), Sviridov Festival of Vocal and Choral Music (2015), Sandler Festival of Choral Music (2015, 2020), "Petrovskaya cantata" (2016), XV International Choir Festival "Tallinn 2017", XXX 30th Lyadov Art Festival (Borovichi, 2019) and others, and also giving solo concerts at many venues of Saint Petersburg. In June 2016 and October 2017 the choir went on the tour to Veliky Novgorod where they gave a concert in the Cathedral of Our Lady of the Sign, in April-May 2018 – went on tour to Podebrady and Prague. In June 2019 the choir took part in the celebration of the 220th anniversary of Alexander Pushkin’s birth (Pushkinskiye Gory, Pskov).